Getting nowhere in Norway with your PPL? Train in the UK instead! 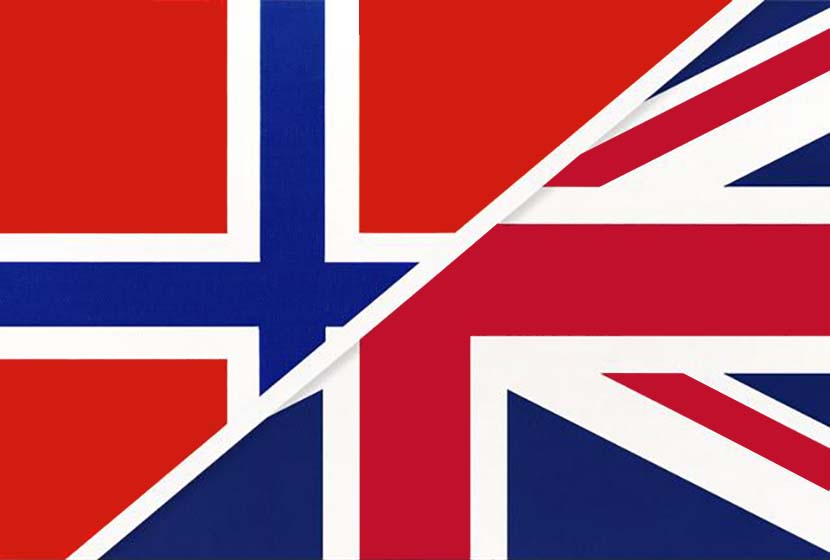 Getting Nowhere in Norway with your flight training? Then learn to fly in the UK!

There are many students getting absolutely nowhere in Norway with their flight training for a myriad of political reasons that ultimately boil down to money.

It is a very sad and disappointing fact that the process for acquiring a Pilots Licence or a Theoretical Knowledge completion certificate in Norway is hugely time consuming, protracted, expensive and frustrating. It wasn’t always like this, but over the last three years the Norwegian Civil Aviation Authority have frequently changed their criteria when it comes to acceptance of EASA member states training, be that conducted on the ground, or in the air. We offer EASA compliant theoretical knowledge courses leading to EASA examinations, as well as recommended flight training programmes that lead to the award of a UK issued Pilots Licence which can then be readily converted to a Norwegian when you return home.

There has been much debate about whether Norway is prepared to accept another countries theoretical knowledge courses and examinations, despite those countries being EASA member states. There is a system in Norway which allows a student to take out a very large loan from the government to become a professional Pilot, an integrated styled course. There are only a very small handful of schools that the government have approved for for these loans, and very worryingly, the criteria for such an approvals process is not published in some of these schools contracts with the students.

Some of these schools demand over 200,000 Norwegian Krone to commence training programmes which invariably purport to tackle the PPL theory first. The classroom elements are not covered in any depth whatsoever, students are left alone to read books and then told by instructors to watch YouTube videos when they don’t understand anything. Even more worrying, is the fact that there is no syllabus either laid down by the school, or mandated by the authority to be followed. This has lead to students sitting exams and failing miserably, as they are tested on material which they either didn’t know was in a syllabus, or were told wasn’t necessary to learn by their schools.

We have come to learn over the last few months that there are some schools who employ people who also work for the authority. We are forced to ask the question, why is it necessary to take over 200,000 Norwegian Krone from a student up-front, just for the PPL theory element of a course? We have asked this question on multiple occasions but have not received an answer. Some of these schools have over 50 students, and therefore around 1 million Norwegian Krone of their money. If a reasonable proportion of those students fail their theory, then it’s back to the drawing board with no reasonable prospect for those students being able to start their flight training. The school gets to hang on to this money and keep making the interest on it!

It’s time people started asking questions and demanding answers, otherwise there are going to be a lot of very disappointed students in Norway with huge debts that will still need to be paid back despite the fact that there’s a very realistic probability of a student not getting what they’ve paid for. We appreciate some schools lack either facilities and expertise, but we at TGC have gift wrapped proposals to certain schools to help them overcome these obstacles, but have failed to receive any type of response whatsoever. We are now forced to ask the question, is there a ring-fencing system occurring that aims to maximise profits and deliberately slow down the training process for acquiring a Pilots Licence?

All aspiring Pilot’s in Norway seriously need to start asking these basic questions of their potential training schools before parting with any money:

Here are The Great Circles answers to those questions:

12 Aircraft
9 Instructors
6,200 Hours on average. Lowest Instructors hours count at July 2019 was 3,700 and the highest 19,200!
We have 4 Airline Pilots, 2 Military Fast-Jet Pilots and 3 Research Scientists as well as 3 Fully Qualified Teachers.
All our staff have a minimum of a University Degree, most have Masters Degrees and some have PhD’s in Subjects ranging from Mathematics, Physics and Aerospace Engineering.

The Great Circle is a UK CAA approved DTO offering UK PPL Theoretical Knowledge courses and examinations. Our courses are fully compliant with EASA regulations. We provide all of our students with a comprehensive training program that demonstrates to the authorities of any EASA member state that their criteria has been satisfied. You will be provided with detailed training documentation to verify this.

We have trained many Norwegian students in the past and continue to do so each month, many of which are either taking their flight training here in the UK. Some have gone on to become professional Pilots, flying for major airlines, including Air Norwegian. We quite literally challenge you to find anyone better qualified than us.

A solution then. The Norwegian schools are not interested in anyone assisting them with theory training, and neither are the Norwegian CAA. What you can do then, is either come to the United Kingdom and train to be a Pilot. The Norwegian CAA cannot refuse a UK issued licence. What we’re saying in effect is, if they won’t accept our theory, they cannot refuse our licence, so, come fly with us!

The UK boasts some of the best flight training programmes on earth. So, if you’re getting nowhere in Norway, come to the UK and realise that dream of becoming a Pilot.

We look forward to working with you soon!